All4Paws was started in June of 2011 with the objective of saving as many homeless, abandoned, and threatened dogs and cats as possible. All4Paws obtained its 501c3 not for profit status in late 2011. By early 2012 All4Paws was able to locate and move into a rental property on Waverly Road in Pawleys Island to set up an official shelter and home base location. The very first year at this location, over 1,000 dogs and cats were rescued and placed in loving homes. During 2012/2013, rescue activity expanded by saving abandoned or soon-to-be euthanized animals and transferring them to other shelters willing to accept them.

Because one of every ten animals rescued by All4Paws has special needs, a Compassion Fund was established in 2013 to help cover the costs of saving these special dogs and cats, animals that most shelters and rescue groups would not accept or try to save.

In 2013 the owners of the Waverly facility shared their desire to sell the property but All4Paws could not afford the asking price. We were fortunate that an alternate nearby location became available and a few special supporters stepped up financially and allowed us to acquire and equip as a permanent shelter home.

The new facility at 708 Petigru Drive was renovated to best serve the needs and functions of All4Paws. We relocated on March 31, 2014 into our current campus which provides a high quality environment for housing dogs and cats rescued from area high kill shelters – many just minutes away from euthanasia. An effort was made to create the best facility we could fund including raised Mason dog kennels and ductless AC systems to prevent contamination and spread of shelter disease and secure outdoor exercise areas. We have not just focused on facilities as we have developed holistic approaches to improve parvo survival rates, use a Companion Therapy laser to reduce need for surgery and to speed post surgery healing, and other practices that improve outcomes while reducing shelter operating cost. At the same time we have developed strategic partnerships with national organizations like Petco and Petco Foundation as well as local business partners.

Helped rescue and transfer to other shelters

Supplied to families in need and shelters

Since All4paws beginning, All4Paws has rescued and adopted to forever homes over 8,000 dogs and cats and have helped rescue and transfer to other shelters another 6,600 animals.

All4Paws has become a community resource in many ways. We have supplied over 168,500 pounds of pet food to needy families and shelters and are now providing pet food to Baskerville Ministries Food Bank for families receiving food through a voucher program. We have developed an effective volunteer program engaging the community and allowing us to reduce wage expense while providing expanded manpower to socialize, train, and love on the dogs and cats in our care. We have supported church and school programs helping children and youth learn about and experience unconditional love and the responsibility of pet ownership. We have provided thousands free spay/neuter services to our community and facilitated the resolution of feral cat issues in a number of HOA groups. We have facilitated the conversion of municipal animal shelters to no-kill competently and humanely run shelters. We have participated in the shutting down of 4 puppy mills in South Carolina and North Carolina and helped get many of the abused animals rehabilitated and adopted.

Most important, we have become a local extended family of over 200 volunteers and staff who share a passion to rescue, repair, rehabilitate, and love the unfortunate abused, abandoned, lost, and forsaken dogs and cats that deserve loving forever homes. 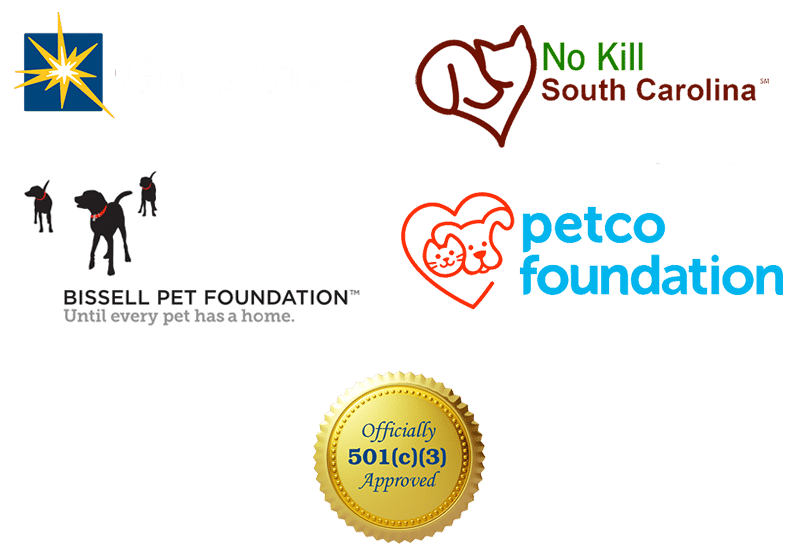